When the original PlayStation debuted, it revolutionised video games forever, thanks to its iconic games, real-time 3D-rendered graphics and use of the CD-ROM format. In a similar way, performance basketball shoes like the Nike Blazer and Air Force 1 changed the game through design and innovation that live on in numerous models and signature lines.
One of these shoes, the Nike PG 1, was made for the versatility of Paul George's two-way game. Released in 2017, it had a video-game rendering of George on the sockliner. Then in early 2018, George and Nike Basketball partnered with PlayStation to debut his next signature shoe, the PG 2 x PlayStation, inspired by the PS4's DualShock4 controller. Now, the PG 2.5 gets the old-school PlayStation-inspired makeup, using the precise grey of the original console and the classic four-colour PlayStation logo on the tongue. 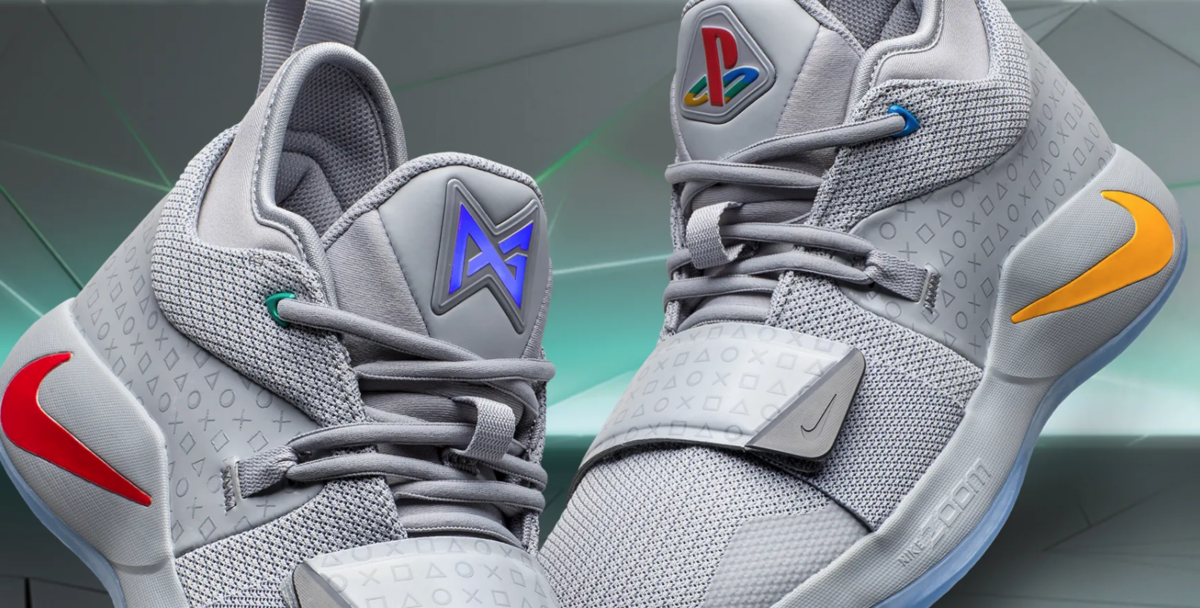 It's safe to say that if Paul George isn't playing basketball, he might just be playing video games on his PlayStation, typically between three to five hours a day. The timing of the PG 2.5 x PlayStation couldn't be any better, with the release of the PlayStation Classic coming on 3 December. Fans of the collaboration will also be able to purchase PlayStation- and Paul George-branded Nike apparel and accessories.