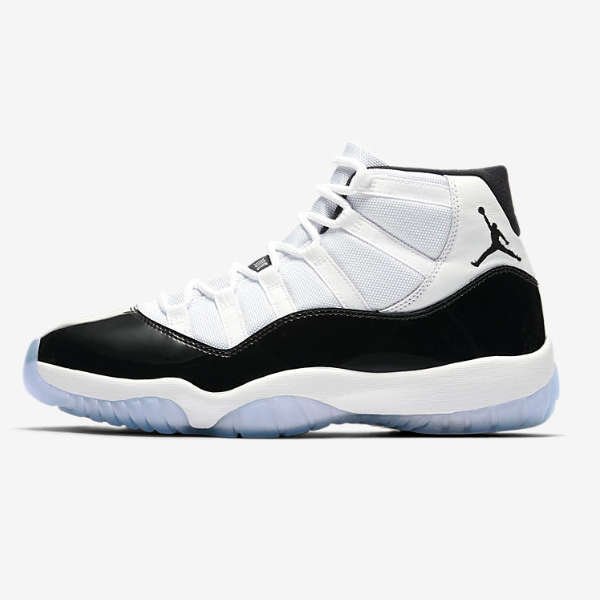 Since his game-winning shot that brought championship glory to North Carolina, Michael Jordan has been at the forefront of basketball consciousness. He took to the court in 1985 wearing the original Air Jordan I, simultaneously breaking league rules and his opponents' will while capturing the imagination of fans worldwide.

In 1995, Michael Jordan stepped onto the hardwood for playoff competition in the now iconic Air Jordan XI. The never-before-seen silhouette shined bright with patent leather atop a translucent sole and featured MJ's number 45 at the heel. More than two decades after its unexpected debut, The Grail returns as an exact recreation of the pair first worn by Michael himself.

Its a very special sneaker that would take pride of place in every collection...be sure to rock them and not stock them. The Concord XI needs to be seen!
LAUNCHING AT NIKE 08.12.2018 @ 08:00 GMT