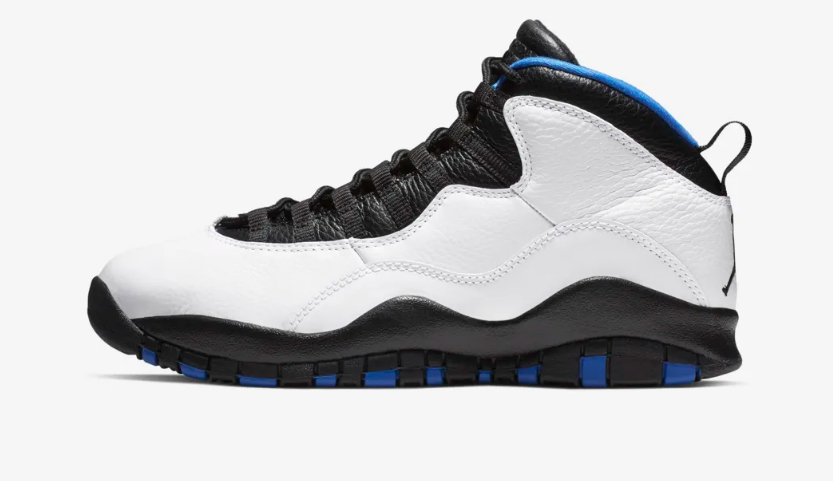 Jordan Brand is back with a fresh update to their perennial city series and this time we get to see the Air Jordan X tastefully adorned with the classic colourways of Orlando's historic NBA franchise. The Orlando Magic.
Try as they might Orlando Magic have not had NBA championship glory, but they have been successful enough to have achieved 2 conference titled and 5 division titles.
Most ballers and sneakerheads will know Orlando Magic because of two distinct eras. The first would be the Shaquille O'Neal era between 1992 and 1996 and all the associated craziness that big shaq bought to the game.
The second would be the Penny Hardaway era between 1995 and 1999 especially because of the Nike Foamposite.

Getting back to the Air Jordan X Orlando. The leathers look premium with a nice full grain appearance and we really like the subtle royal blue accents on the sockliner and punctuated across the outsole.
A really nice, and collectable addition for the NBA aficionado
CHECK SOLEHEAVEN'S AIR JORDAN COLLECTION
September 14, 2021
Share Share on Facebook Tweet Tweet on Twitter Pin it Pin on Pinterest
Back to SNEAKER LAUNCH CALENDAR